We’ve recently added the Orca, also known as the Killer Whale, to our Scubadorable family of cute reef fish and other marine animals. Pretty cute, right?

This beautiful black-and-white marine animal is actually a species of dolphin, and not a whale. They can be found in all of the world’s oceans, from the Arctic to the Antarctic and all seas in between, but it does prefer the colder waters of the polar regions. Orcas are very fast swimmers, able to reach up to 30 mph; they typically come up to breathe every 30 seconds.

We have some great new designs in our store featuring the Orca, including Killer Whale Dive Flag, Save the Killer Whales and I Love Orcas.

By the way, that Emperor Penguin you see in the background on the image above is from our sister site Birdorable, which features the cutest birds on the wing.

Using Zazzle's Tools to Put Scubadorable Designs on Any Product 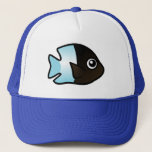 Our Scubadorable t-shirts and novelties are created on demand by our partner Zazzle. When an order is placed, Zazzle jumps into action to create your custom, one-of-a-kind gift. We keep our offering simple, presenting a handful of products for each of our unique cartoon designs. But Zazzle's full...

Fun Facts About the Great Barracuda

Barracudas are known for their powerful jaws and sharp teeth. Scuba divers love seeing them, even though the fish has a dangerous reputation. Here are some fun facts about the Great Barracuda. 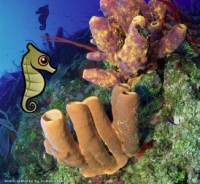 The Dwarf Seahorse is a small species of fish. They can be found in waters around the Bahamas and parts of the United States. They can vary in color; our cutie has a pleasant algae-colored body. Here are some fun facts about the Dwarf Seahorse! Are you getting ready to travel again? Last year's travel restrictions meant that many of us were unable to go scuba diving. That's a long time away from a beloved adventurous hobby! Get ready to hook up  your tanks and strap on some weights for your next diving...