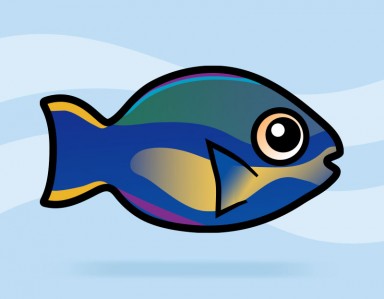 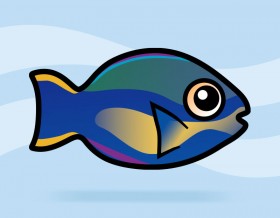 The color of this beautiful Parrotfish differs between males and females. Pictured here is an adult male with a blue body and shades of yellow, purple and green. Along its side is a cute little juvenile Princess Parrotfish with horizontal black and white stripes. The Parrotfish uses its strong beak-like jaws to graze for algea on corals and constantly re-grows its teeth. 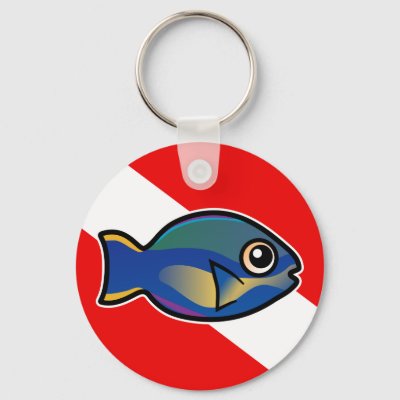 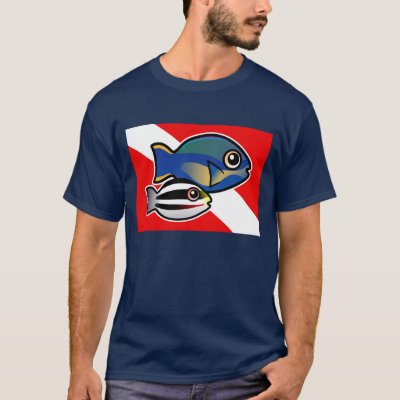 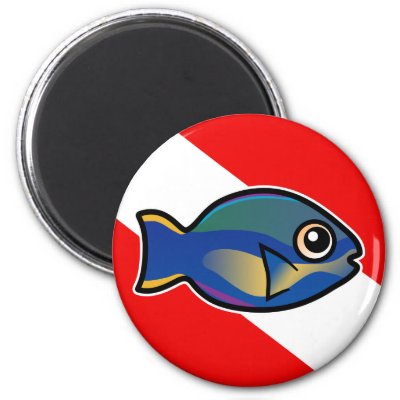 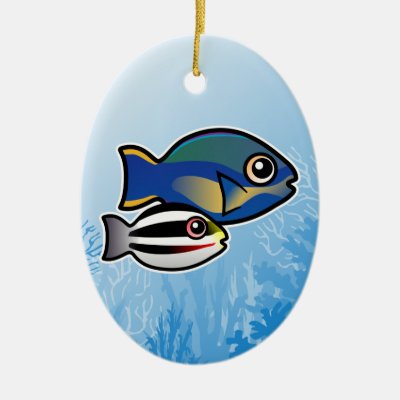 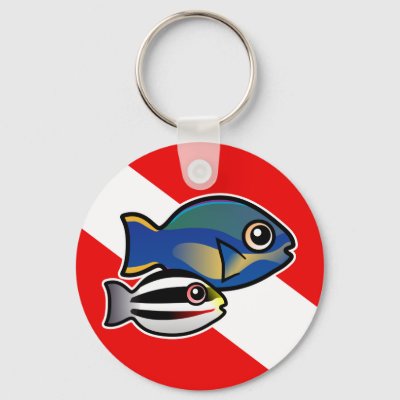 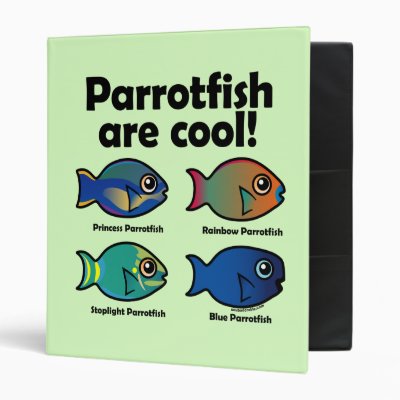 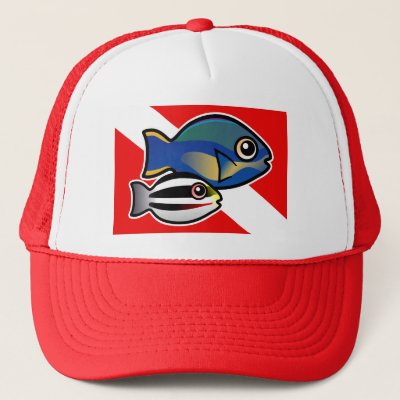 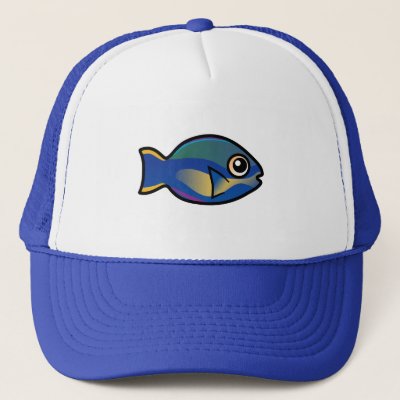 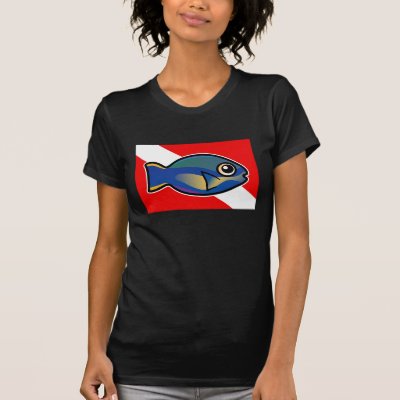 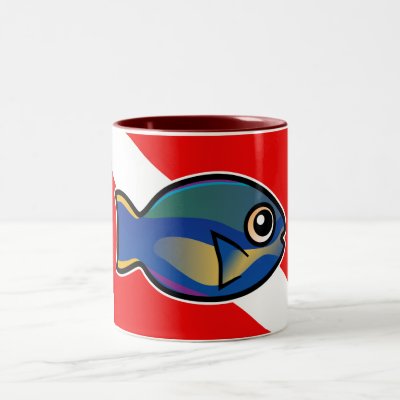 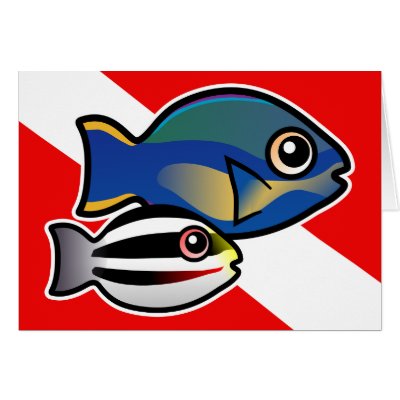 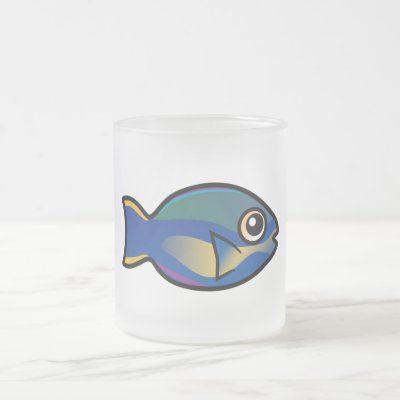